Daniel joins Countryside with over 25 years’ experience in housebuilding across the South West, Midlands and the North of England. Most recently, Daniel was the Northern Divisional Chair for Taylor Wimpey overseeing the division’s business growth, customer excellence and operations. Daniel takes lead of the Partnerships Midlands division which highlights Countryside’s ambitious growth plans and incorporates the regions of East, West and South Midlands, enabling continued geographical expansion in England including Bristol and Chilterns. 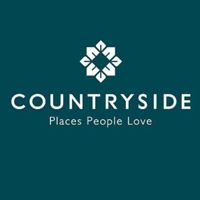