View in org chart
View in org chart
Alex Alcala joined Crane in 2013 as President of Crane Pumps & Systems. He served in that capacity until 2014, when he was promoted to President of Crane ChemPharma & Energy. In March 2020, Alex was promoted to Senior Vice President, Crane Co. Alex is responsible for overseeing Crane Co.’s Fluid Handling businesses as well as the Regional Presidents (China, India and the Middle East & Africa). Prior to Crane, Alex had a successful career with Eaton Corporation holding various operations and strategic marketing positions. Alex completed dual Bachelors of Science degrees in Mechanical and Electrical Engineering, graduating from Instituto Tecnologico Y De Estudios Superiores De Monterey in Monterey Mexico. He later completed an MBA from the Ross School of Business at the University of Michigan.
Company start date: March 2013 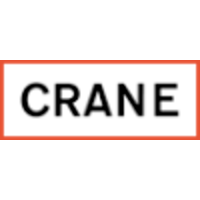