Chuck Morreale serves as Senior Vice President, Field Operations, responsible for all customer-facing organizations around the world including Sales & Presales, Service, Benchmarking and Special Purpose Systems. Before that, he served as vice president for Cray’s custom engineering effort from 2009 to 2011 and as vice president of the company’s central and field service and benchmarking organizations from 2005 to 2009. Mr. Morreale joined Cray in March 2004, serving as director of worldwide sales support. From 2001 to 2004, Mr. Morreale was with IBM as an HPC sales executive responsible for worldwide high performance computing sales activities in the life sciences segment. From 1984 to 2001, he held a variety of positions at Cray Research, Inc., and Silicon Graphics, Inc., starting as a programmer analyst and ending as the northeast territory sales account manager. Mr. Morreale received a B.S. from The College of New Jersey. 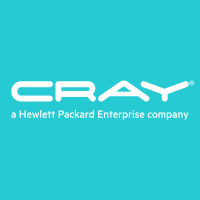