John Laubacker was appointed Executive Vice President, Chief Financial Officer and Treasurer in May 2018. Previously he was Senior Vice President and Chief Financial Officer since April 2017, and before that he was Vice President and Treasurer since February 2017 and Treasurer since 2006. Mr. Laubacker also served as interim CFO from October 2014 to April 2015. Prior to joining CTG in 1996, Mr. Laubacker served as a Senior Manager for KPMG Peat Marwick, LLP. He is a Certified Public Accountant in New York and holds a Bachelor of Science degree in Accounting from St. John Fisher College in Rochester, New York. 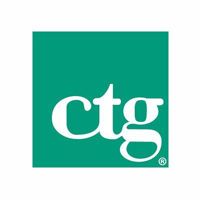