Co-founder and CEO at DailyPay

View in org chart
View in org chart
Before founding DailyPay, Jason spent nearly two decades at Goldman, Sachs & Co. where he founded and led the Global Structured Equity Group. An innovator with a mission, purpose and real results, Jason is a well-known public speaker and author whose work has been featured in Forbes, CNBC, The Wall Street Journal, and Bloomberg. He has been recognized as one of the premier thought leaders in global finance by the International Financing Review and Milken Global Institute. He has also been named one of the Top 20 Digital Innovators in Benefits, and the Gold Winner for “Innovator of the Year” for the 2020 CEO World Awards. Mr. Lee had joined HR.com Advisory Board in October 2020. Throughout Jason’s long-standing career in the financial services industry, he has served as Chairman of the Board of SafeSpace, a social services nonprofit based in New York City dedicated to family rights advocacy. Mr. Lee co-founded The Alicia and Jason Lee Foundation with his wife, Alicia, in 2020. 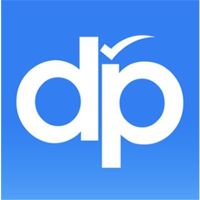