Upon graduating from the Ecole des Hautes Etudes Commerciales (HEC) in 1981, Gilles Schnepp started his career in 1983 at Merrill Lynch France where he became Vice-President. He then joined Legrand in 1989, holding various positions before being appointed Chief Operating Officer in 2000. He was appointed to the Executive Committee and the Board of Directors in 2001 and Vice-Chairman and Chief Executive Officer in 2004. Between 2006 and 2018 he has been Legrand Chairman and Chief Executive Officer. Gilles Schnepp has been Chairman of the Board between 2018 and 2020. He has been Director of Saint-Gobain since 2009, Member of the Supervisory Board of PSA since 2019 and Member of the Board of Sanofi since 2020. He is also since 2018 Chairman of MEDEF’s Ecological and Economic Transition and a member of the Executive Committee. He was awarded the titles of Chevalier de la légion d’honneur in 2007 and of Officier dans l’Ordre National du Mérite in 2012. 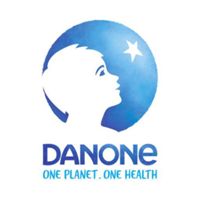