"Daren is an extremely talented and visionary software developer who has propelled the depth, breadth, and quality of our iCore360 solutions by leaps and bounds during his time at DCI. He has a keen sense of how to build our technology today so it is already where it needs to be for our bankers tomorrow." Said John's current DCI CEO, John Jones.

Fankhauser has spent almost his entire professional career at DCI, joining the team in 1996 as a software developer and was instrumental in the company's early program development and success. He has been prompted numerous times in his 24 years at DCI, joining the company's leadership team in 2010. Fankhauser graduated from Fort Hays State University with a B.A. in Computer Information Systems in 1995.

Commenting on his new role as Senior Vice President, Chief Development Officer and Chief Architect Fankhauser stated, "The banking industry is undergoing a digital revolution, and I'm eager to keep DCI innovations at the forefront—and ahead of our competitors. You'll see a lot coming from our talented DCI engineers to help community banks and their customers thrive and navigate the future ahead." 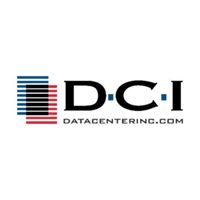 Community banking software provider Data Center Inc. (DCI), has announced the promotion of Dennis Queal to Executive Vice President and Chief Financial Officer (CFO). As CFO, Queal will now oversee human resources and project management, accounting, finance, capital budgeting, corporate insurance, facilities, and strategic financial initiatives. He will also serve as corporate secretary, treasurer, and advisor to the board of directors. Queal will report directly to DCI president and COO Sarah Fankhauser. Commenting on the appointment, Queal stated, “DCI is poised for extraordinary growth. My priority is to provide the leadership to the Company that ensures that we maintain the high level of service our clients are accustomed to during this expansion period and beyond.” Queal joined the team at DCI in 2002 as Vice President of Accounting and Finance. Since joining nearly 18 years ago, Queal has been instrumental in DCI’s growth, quarterbacking multi-million-dollar industry acquisitions, strategic investments, corporate restructuring, and other cost-saving measures. DCI CEO John H. Jones commented on the appointment stating, “Dennis is one of the most astute CFO’s I have ever known. I have followed his guidance and I know he will continue to provide diligent oversight for DCI as EVP.”

Data Center Inc. (DCI), a privately-owned developer of baking software for community financial institutions, has announced the promotion of Sencer Tasan as Chief Technology Officer (CTO). In his new role, Tasan will report directly to company Chief Operating Officer Sarah Fankhauser. "We take great pride in the quality of our award-winning IT infrastructure," said Fankhauser. "Sencer has been instrumental in bringing us to the leading IT position we are in today for iCore360 and our other digital banking solutions." Tasan has more than 35 years of IT experience and has worked at DCI for over ten years, most recently serving SVP & CIO of Network and Technical Services. Prior to his time at DCI, Tasan worked at Crowe and received his MS degree in Computer Science from the University of Houston. Tasan noted that in his new role, he will continue to ensure that DCI evolves and stays ahead of the competition. He also noted his excitement about continuing to work with the team at DCI stating, "our teams are the best in the business. They consistently rise to any opportunity and do whatever it takes to ensure the stability and security of our systems are second to none."