Cardinalli joins DoiT with more than 20 years of marketing leadership roles across disruptive IT Services, SaaS and Cloud market categories. With a track record of driving go-to-market strategies and building brands for large and mid-cap companies, Cardinalli has led disruptive initiatives with some of the industry’s most influential companies, including Oracle, Symantec-Veritas, and Marketo (now an Adobe company). Most recently as Senior Vice President of Marketing, she led the rebrand and built the growth marketing function at Flexential, a privately held colocation and cloud provider of the GI Partners portfolio. Previously, as Group Vice President of Demand Generation at Marketo, she played an instrumental role in the company’s explosive growth and ultimate sale to Adobe in a $4.75 billion acquisition transaction. Recognized in the 2020 World's 50 Most Influential Marketeers in the Data Economy and featured in Forbes, Cardinalli holds a Master of Business Administration from University of Denver and a Bachelor of Arts in Economics from University of California, San Diego. 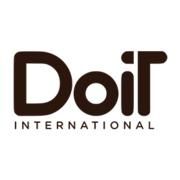