Credit repair engine Dovly has appointed Todd Davis to its board of directors. Mr. Davis is the co-founder and former chief executive officer of LifeLock, the identity protection company.

"Todd is one of the most innovative marketers and business leaders in the personal finance industry," said Dovly co-founder and CEO Nirit Rubenstein. "His unique understanding of consumer mindsets and financial technology enabled him to create and scale a transformational business. His insights will help us take Dovly to the next level."

Mr. Davis has nearly 30 years of experience, including founding LifeLock in 2005. He was influential in growing the company to be eighth on Inc. Magazine’s list of 500 fastest growing companies after just five years, going public in 2012, and its acquisition by Symantec in 2017. He is currently the chairman of the board at Kadenwood and Aesthetics Biomedical.

"Millions of Americans have at least one serious mistake on their credit reports," said Mr. Davis, "yet far too many of those people aren't even aware of it, nor do they understand the impact these mistakes have on credit scores. Dovly is a game changer." 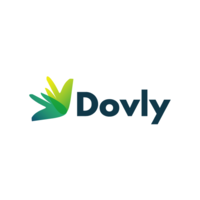