Finnish medical supply marketplace firm Droppe has welcomed Jari Miranda to its team as its new Customer Success Manager. In his role, Jari will collaborate closely with customers, while also utilizing his design skills to assist the company’s service design capabilities.

A person with many talents and interests, Jari is also the director of a co-working space and a game space, and he is the editor-in-chief for Proggisbladet, a quarterly magazine that’s published in southern Helsinki. In his most recent role, he was a prototype engineer and social officer for virtual reality hardware company Varjo Technologies. He says he’s interested in working with talented people in any role, which is what attracted him to Droppe.

“I like lots of stuff, but I was convinced by the core people that are involved. For me, it’s about who you're working with, it's a natural way of expressing myself and being with people and having fun,” he says. “My different roles are not just business-focused, but they’re about showing people good vibes. I think if you keep that mentality, then people will appreciate it. You want to execute, of course, but I really think about creating communities and believing in people.”

Jari is half Finnish, half Spanish, and has split his time growing up between both countries. He is a qualified designer who is also working towards his Master’s degree in Collaborative and Industrial Design at Aalto University. His girlfriend’s passion for horse riding has driven his interest in the sport, as well as horse grooming, and he also enjoys snowboarding. 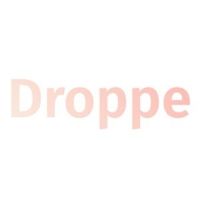 Medical supplies company Droppe has announced the appointment of Kristina Raiko as its new B2B Sales Representative. Kristina’s role is an important one to enable the business to grow, and she brings diverse experience in international business and accounting to help her achieve it. “I was looking for an opportunity to use different languages and help with the internationalization of a company. I saw Droppe as a startup, and I knew there would be good opportunities for that.” Kristina describes herself as being very outgoing and says her first couple of months at Droppe have been great for connecting her with new people, despite it being a virtual workplace. “When I started, there were only eight people at Droppe. It was really nice to get to know the people because in some of the big organizations I worked in before, it wasn’t so easy. You don't get to know everybody, or at least not well. But now, I feel like I know everybody personally, even though we work via the internet.” Kristina’s mother is Mexican and her father is Finnish, so she has an innate global understanding of the world. Add to that, she has a Master’s degree in International Business and sees herself being able to expand the global reach of Droppe in her time with the company. For now, she’s more than happy building up her skills and understanding at Droppe and recognizes that it will take time to build and grow. Kristina is a passionate musician and has been writing, recording, and uploading songs since she was 15. She works at Droppe four days a week and dedicates a lot of her free time to pursue her music. “I’m writing pop and EDM songs in English, and also a bit in Spanish too. I’ve been writing for music producers around the world, I'm doing Troubadour gigs with my guitar, and also sometimes gigs with the artists I've written music with as well. I have about 25 songs out at the moment, and more to come.” Kristina says that while music is her passion, she likes working in other fields to broaden her skills and knowledge. She also gets inspiration from other areas of her life for her music as well. “It gives me the space to write songs about something that just popped into my mind, like ideas or phrases, from hanging out with someone or just being somewhere. I’ll quite often notice something and write it down on my phone.” Always one to push her boundaries, Kristina has traveled extensively throughout Europe, including an exchange in Nice, France. She’s also been to Mexico, Australia, and New Zealand, and Asia is next on her bucket list. “I like to put myself in situations where I have to do stuff that I wouldn’t normally like to do. My exchange was something very new to me, and it went really well. I was surprised by how easy it is to get to know a whole new bunch of people in such a short time. I realized that I can do whatever I want if I want it enough.” Check our Kristina's music here!

Finnish medical supply marketplace firm Droppe has announced the appointment of Tobias Jern as a Software Developer. A classmate and a team member from a previous venture of co-founder Henrik Helenius, Tobias has been shoulder-tapped to design his own role, which will involve different aspects of software engineering & development. “I get to be a part of designing and implementing the technical architecture of the platform; how we're going to do it. There’s been quite a lot of thinking and exploring and researching what would be the best and most scalable way to get going with that,” he says. “So I'm going to be doing full-stack development, and maybe a bit designing stuff on the side. So I get to touch everything, from the very beginning of architectural design, development coding, and the DevOps part, to the front-end design, which is exciting. Tobias has been a teaching assistant at Aalto University, where he has a computer science degree, assisting in programming and algorithm courses. He also has some data science experience with Projekt Fredrika.r.f., developing tools for analyzing categories based on language on Wikipedia. Tobias is a Swedish-speaking Finn, who grew up speaking both languages just outside of Helsinki. He enjoys orienteering in his spare time and won a silver medal in the national junior championships as a teenager. He also likes running and skiing.