View in org chart
View in org chart
Stephen C. Daffron is President of Dun & Bradstreet, the global leader in commercial data, analytics, and insights for businesses. As President, Stephen leads the company’s growth strategy, execution, and operations. Stephen has been a fixture in the development and implementation of technology, data, and operational processes in financial services for well over two decades, having co-founded Motive Partners; served as Chief Executive Officer of Interactive Data Corporation; and held senior leadership positions at Morgan Stanley, Renaissance Technologies, and Goldman Sachs. Stephen was involved in the creation of the earliest electronic trading systems in the early 1990s, pioneered the operational processes that allowed an explosive growth in derivatives trading and processing, managed the integration of major acquisitions – including Morgan Stanley’s acquisition of Smith Barney – oversaw the growth of technology and operations that springboarded the prime brokerage business, moved to the buy side to supervise the growth of processing capability at one of the industry’s most successful hedge funds, and moved into private equity, where he was CEO of one of the most successful deals of 2015 – Interactive Data. Stephen served as Head of Operations, Technology and Data at Morgan Stanley; Chief Operating Officer at Jim Simons’ Renaissance Technologies; and Managing Director leading Operations and Technology for Global Custody, Securities Processing, and Asset Management at Goldman Sachs. He chaired SIFMA’s Operations and Technology committee and served on the board of DTCC, before becoming Chief Executive Officer at Interactive Data. Before his career on Wall Street, Stephen served in various command and staff positions in the US Army. His education includes a Bachelor of Science from the US Military Academy, as well as MBA, MA, MPhil, and PhD degrees from Yale University. 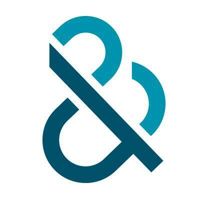