CEO and Executive Chairman at DuPont

Breen was reappointed the role of CEO of Dupont in February 2020. He has served as the Executive Chairman of DuPont since the separation in June 2019 and previously served as Chief Executive Officer of DowDuPont since 2017. Prior to the merger of DuPont and The Dow Chemical Company, Breen was Chairman and CEO of DuPont since 2015. Over the past 5 years, Breen has driven significant performance improvements across DuPont's businesses, negotiated one of the most transformative mergers in the industry to create DowDuPont, and subsequently launched three industry-leading independent companies. Prior to his time with DuPont, Breen served as Chairman and CEO of Tyco International plc ("Tyco") from 2002 until 2012, where he transformed Tyco into a strong market leader, reviving the company from near bankruptcy and rebuilding the company's brand and credibility. He oversaw a successful restructuring, including divesting non-core operations, and established and met goals within areas of operational excellence and corporate governance. Prior to joining Tyco, Breen held senior management positions at Motorola and General Instrument Corporation. Breen serves as a director of Comcast Corporation and as a member of the advisory board of New Mountain Capital LLC, a private equity firm. He also currently serves as a director of Corteva Agriscience, but has informed the board that he will not stand for re-election at this year's annual meeting of shareholders due to his increased public company responsibilities. 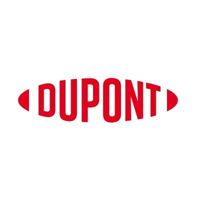