View in org chart
View in org chart
David Herzog served as the chief financial officer and executive vice president of American International Group (AIG) from 2008 to 2016. Mr. Herzog served as senior vice president and comptroller of AIG from June 2005 to October 2008, chief financial officer for worldwide life insurance operations from April 2004 to June 2005, and vice president, Life Insurance from 2003 to 2004. In addition, Mr. Herzog has served in other senior officer positions for AIG and its subsidiaries, including as the chief financial officer and chief operating officer of American General Life following its acquisition by AIG. Previously, Mr. Herzog served in various executive positions at GenAmerica Corporation and Family Guardian Life, a Citicorp company, and at a large accounting firm that is now part of PricewaterhouseCoopers LLP. Mr. Herzog holds the designations of Certified Public Accountant and Fellow, Life Management Institute. He is also a member of the board of directors of MetLife Inc. and Ambac Financial Group, Inc. Age: 57. 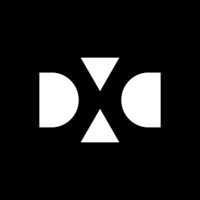