After receiving his PhD in Mechanical Engineering at the University of Michigan in 2008, Steve started his career at Blue Origin as a development engineer on the H202/RP-1 Suborbital Booster, applying his combustion and materials specialization to address performance and manufacturing challenges with the engine. He then moved on to develop subsystems on the manned crew capsule, as well as new test stands and components to support both the large and small rocket engines. In 2011, Steve found himself working several concurrent projects in the areas of cryogenic heat exchangers and small propulsion systems, and developed an interest in the additional constraints imposed by man-rated, safety-critical subsystems for rockets. These highly integrated systems required continual evaluation of operational risk and uncertainty, along with continual improvements in system models and data analysis codes to ensure performance. Throughout the years, Steve worked as Product Group Lead on systems designs for the Manned Suborbital Capsule, Manned Orbital Vehicle, and the Orbital Booster, establishing processes, identifying fault tolerance and safety requirements, innovating new systems and components, and mentoring engineers. With many of these projects, Steve developed the plan for execution from development to production, and grew teams and infrastructure to support the entire lifecycle. In 2016, Steve was appointed Lead of In-Space Propulsion and built teams for the development of the smaller rocket systems for Blue Origin's mission. As part of this effort the company committed to implementing additive manufacturing for production of a few specific parts on the New Shepard, New Glenn, and the Lunar Lander vehicles. 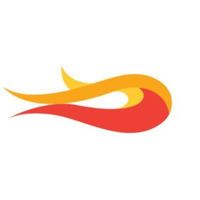