As Chief Executive Officer and Chairman of the Executive Committee, Mr. Pizzi sets the vision and strategic direction for the Company. He is also a member of the Board of Directors and is President of E*TRADE Bank, as well as a member of its Board of Directors. Mr. Pizzi has been with E*TRADE since 2003 and has served in several executive roles including the Company’s Chief Operating Officer, Chief Financial Officer, and Chief Risk Officer. Prior to these he served in a variety of leadership positions including the Corporate and bank Treasurer. He also previously held various positions in the portfolio management and derivatives functions at E*TRADE. Before joining E*TRADE, Mr. Pizzi worked in asset/liability management at both Lehman Brothers and First Maryland Bank, as well as in capital markets research for the Federal Reserve Board. Mr. Pizzi earned a BA in Economics from Ursinus College, is a CFA charterholder, and holds the Financial Risk Manager (FRM) designation. 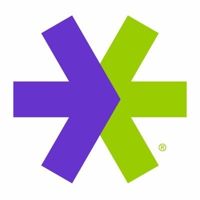