View in org chart
View in org chart
Doug Baker is chairman of the board and chief executive officer of Ecolab Inc., the global leader in water, hygiene and energy technologies and services that protect people and vital resources. Ecolab recently ranked #2 on Newsweek’s annual Green Rankings list, #8 on Corporate Responsibility’s list of Best Corporate Citizens and #26 on Barron's list of Most Sustainable Companies. The company regularly appears on Fortune’s list of the World’s Most Admired Companies and has been named to Ethisphere’s list of the World's Most Ethical Companies for 13 consecutive years. Baker joined Ecolab in 1989, following seven years in brand management at Procter & Gamble. At Ecolab, he held a number of marketing and general management roles in the U.S. and Europe before becoming president and chief executive officer in July 2004. In May 2006, Baker added chairman of the board to his duties. In addition to his Ecolab responsibilities, Baker serves on the board of directors of Target Corporation and on the executive committee of the board of directors of the National Association of Manufacturers. He is trustee emeritus of the National Restaurant Association Educational Foundation, a member of the Committee Encouraging Corporate Philanthropy (CECP) and is involved in a number of community initiatives in the Minneapolis-St. Paul area. Baker received a bachelor’s degree in English from College of the Holy Cross in Worcester, Mass., and serves on the college’s board of trustees. Ecolab is a trusted partner at nearly three million customer locations. With annual sales of $15 billion and 49,000 associates, Ecolab delivers comprehensive solutions, data-driven insights and on-site service to promote safe food, maintain clean environments, optimize water and energy use and improve operational efficiencies for customers in the food, healthcare, energy, hospitality and industrial markets in more than 170 countries around the world. 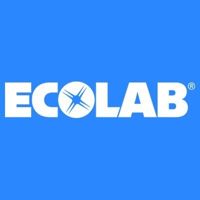