Leading UK based HR SaaS platforms Elementsuite has announced the appointment of Leigh Joynson as Head of Product. In the role, Joynson will be responsible for Elementsuite’s repeatable product methodology, functional ownership of the product roadmap and the continual enhancement and development of elementsuite’s employee-centric user experience.

“I’m thrilled to have such a visionary and passionate product leader joining the elementsuite team. Leigh’s focus will help to rapidly scale the business as more companies look to implement user-friendly digital HR tech” said Steve Elcock, CEO of elementsuite. “Leigh’s experience and input will help us to significantly reduce the time needed to implement elementsuite’s HR solution, drive client adoption and showcase ongoing value to our clients”

Prior to his new role at Elementsuite, Leigh spent the last 30 years working for McDonald's in both the operations and People team in the UK and globally. During his tenure, Leigh worked in Reporting & Insights, followed by 10 years in the People Systems team. In 2014, Leigh led the McDonald’s team that won the ‘Best use of Technology in HR’ and the ‘Overall Winner’ at the Personnel Today Awards. Delivering engaging and intuitive systems that reduce the administration burden on end users remains Leigh’s driving factor. His philosophy – make technology a ‘help not a hindrance’.

Before departing, Leigh played a crucial role at McDonald’s as HR Project Lead overseeing the UK roll-out of elementsuite. Under Leigh’s direction, elementsuite was implemented and go-live was achieved overnight in November 2019 across all 1,300 restaurants and 230+ Franchisee operations following a successful pilot in 50 sites. The McDonald’s implementation of elementsuite is one of the largest SaaS implementations in the UK today. 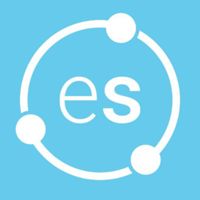