As President, Crockett will be responsible for building and upgrading Endera's dealer network across the nation, innovating the design of its shuttle bus body and scaling up Endera's manufacturing operations to meet the growing demand for Endera's all-electric shuttles.

"Jeff Crockett's ability to lead and his decades of experience as an industry staple in the bus manufacturing industry will be crucial for Endera during this rapid growth period we're experiencing," said John Walsh, CEO of Endera. "Jeff grew Diamond's sales volume by 133 percent in four years and redesigned their products to improve aesthetics of the vehicle, giving the driver better visibility and a more aerodynamic design. He thinks with a dealer perspective, has the client in mind every step of the way, and has proven success in growing bus manufacturing companies to be the leader in their space. Our team members and clients will benefit immensely from his industry expertise, dedication to quality, and innovative approach."

Crockett brings over 34 years of experience both with dealers and manufacturers. Most recently, Crockett was the President of Diamond Coach, where he upgraded and grew their dealer network by 75 percent and focused on engaging with dealers who provided a quality experience and maintenance facilities to best serve their customers. He also focused on growing the business and establishing Diamond's reputation with the Department of Transportation as a valid paratransit bus builder.

Crockett started at El Dorado Motor Corporation in 1987 as an account manager, working with dealers across the Northwest region of the US. He became general manager in 1989 and took over El Dorado's bus sales. Five years later he moved to Washington and became the owner of EK Coaches. After selling his company in 2016, Crockett joined Diamond Coach as President.

"Building a strong company is reliant on the strength of the teams we build internally and the partnerships we build externally with vendors and dealer networks," said Jeff Crockett, President of Shuttles. "I believe in Endera's vision and values. I am excited to see what the future holds for Endera and to be a continued part of their success in delivering a stellar line of electric vehicles." 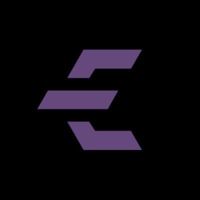