Carl Mellander is CFO of Ericsson since April 1, 2017. He was previously Acting CFO from July 2016 to March 2017. Prior to this role he held the positions as Head of Treasury (between 2015 and July 2016) and Head of Finance in Region Western and Central Europe (2010 – 2015). Carl Mellander joined Ericsson the first time in in 1994. He left the company in 2003 and worked in different senior finance positions for Saab and Telecom Management Partner AS in Africa. He joined Ericsson again in 2007 as Head of Finance for Market Unit Northern Europe. Mellander has held various positions in finance and business control through his career in Ericsson. He has lived and worked for Ericsson in UK, Germany, Costa Rica and the US, in addition to his positions at the Headquarters in Stockholm. He holds a Bachelor of Business Administration and Economics from the University of Stockholm, Sweden. 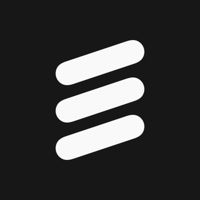