The Esports Players League (ESPL) recently partnered with the Paytm Foundation to raise funds for oxygen concentrators amid the coronavirus pandemic in India.

ESPL is a global esports organization that is invested in developing an amateur tournament network through its online esports platform. While its main focus is mobile gaming, ESPL has also ventured into the PC and console market by hosting various tournaments. The Singapore-based company has worked in 16 different countries across Asia, Europe, and the Americas regions.

The #GamersAgainstCOVID initiative was formed as a result of a partnership between the two organizations. They raised almost ₹300,000 for oxygen concentrators through this charity event (as of June 4th).

The charity event was hosted by well-known figures in the Indian Valorant community, such as SkRossi. The influencers and professionals who were chosen for this event are:

A donation link was attached to each of their streams during the event so that viewers could donate to the Paytm Foundation.

// This article was first published on Sportskeeda 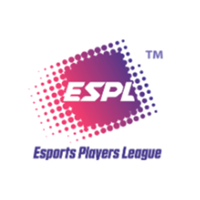 Online tournament platform Esports Player League (ESPL) has announced a partnership with record label Warner Music Asia. As a result of the deal, Warner Music Asia has become the platform’s exclusive music partner. Moreover, ESPL will be able to embed music owned by the record label into its platform. The announcement of the partnership marks Warner Music Asia’s entrance into the esports industry. Darren Ho, Senior Vice President of Music Entertainment and Partnerships at Warner Music Asia, spoke on the deal in a release: “We’re thrilled to be partnering with ESPL. There’s a huge audience crossover straddling gaming and music, and ESPL’s community of grassroot esports players, along with their engaged fans, will help us to bring the two segments together. “ESPL’s trusted ecosystem will also enable us to deliver an array of new, authentic, and bespoke experiences, with gamers forefront of mind, and we can’t wait for everyone to see and experience them for themselves.” Based in Singapore, ESPL and its online platform focus on amateur and grassroots competitions across a range of mobile titles including Call of Duty: Mobile, PUBG Mobile, and Brawl Stars. Michael Broda, CEO and Co-Founder of ESPL, also commented: “Esports is the fastest growing industry in the digital age of entertainment. Warner Music has been active in the ever-changing landscape of today’s world and so this strategic partnership will bring a value proposition to both players and brands across our global network that we are confident will elevate amateur esports to another level” Esports Insider says: Joining forces with Warner Music Asia is certainly a statement of intent from ESPL which looks to encourage cross-pollination between music and esports industries. The deal is also a solid partnership for the record label as it allows Warner Music Asia’s artists to gain more exposure. // This article was originally published on Esports Insider