Roelof Botha has served as a member of our board of directors since October 2009. Since January 2003, Mr. Botha has served in various positions at Sequoia Capital, a venture capital firm, including as a Managing Member since 2007. From 2000 to 2003, Mr. Botha served in various positions at PayPal, a payment processing and financial services company, including as chief financial officer. Mr. Botha has served on the board of directors of MongoDB, a publicly-traded general purpose database platform, since 2013, Square, Inc., a publicly-traded company that provides payments, financial and marketing services, since 2011, and Natera, a publicly-traded genetic testing company, since 2007. He also currently serves on the board of directors of a number of privately-held companies. Mr. Botha previously served on the board of directors of Xoom Corporation from May 2005 until its acquisition by PayPal in 2015. Mr. Botha holds a Master of Business Administration from the Stanford University Graduate School of Business and a Bachelor of Science in Actuarial Science, Economics and Statistics from the University of Cape Town. 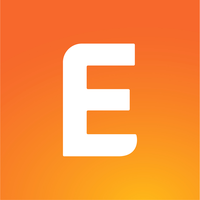