Born in a small town in northwest France, Elodie’s desire to see the world was evident at an early age. As a young girl, she would take on part-time jobs so she could attend summer camps in regions of France she hadn’t yet explored. That spirit of adventure only intensified during her university years as she saw more of the world while taking on internships in Vietnam and Malta. After graduation, she jumped at the chance to move to London and start her career in hospitality sales. While she loved her time in London, she couldn’t resist an opportunity to move to the United States when she was offered a job in Los Angeles. She continued to hone her craft while working in iconic hotels in Beverly Hills and Downtown Los Angeles, before getting an opportunity at an up and coming hotel in Marina del Rey. It was during a competitor set visit that she locked eyes with the man who would eventually become her husband. The two knew they were made for each other as he shared her passion for collecting passport stamps as well. When not visiting her family in France, Elodie spends her days terrorizing bike path visitors with the sound of a ringing bell. Evenings you'll find Elodie hosting dinner parties where even if the new recipe she tried didn’t work out there’s always champagne. Her favorite Guiding Principle is “listen” because she believes that is the ultimate way to show “respect, humility, curiosity, empathy, and inclusion in a relationship.” She adds, “Active listening can be challenging at times especially in a digital environment as it requires an open mind and focus. I believe everyone deserves to be heard and practicing this guiding principle has made our organization even stronger.” 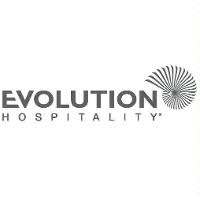