Mr. Kern was most recently a director of Expedia Group since completion of the IAC/Expedia Group Spin-Off and has served as Vice Chairman of Expedia Group since June 2018. Mr. Kern is a Managing Partner of InterMedia Partners VII, LP, a private equity firm. Prior to joining InterMedia, Mr. Kern was Senior Managing Director and Principal of Alpine Capital LLC. Prior to Alpine Capital, Mr. Kern founded Gemini Associates in 1996 and served as President from its inception through its merger with Alpine Capital in 2001. Prior to founding Gemini Associates, Mr. Kern was at the Home Shopping Network and Whittle Communications. Mr. Kern has served on the Board of Directors of Tribune Media Company since October 2016, where he currently also serves as Chief Executive Officer, as Chairman of the Board of Directors of Hemisphere Media Group, Inc., a publicly-traded Spanish-language media company, since April 2013, and since 2016, as a member of Supervisory Board of trivago N.V., a majority-owned subsidiary of Expedia Group. Mr. Kern also serves on the boards of several of private companies. Mr. Kern holds a B.S. degree from the Wharton School at the University of Pennsylvania. 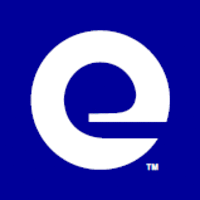