Dana Evan has served as a non-executive director since April 2015. Ms. Evan is a venture partner at Icon Ventures and has invested in and served on the boards of companies in the internet, technology and media sectors since 2007. Between 1996 and 2007, Ms. Evan served as Chief Financial Officer of VeriSign, Inc. Ms. Evan brings over 25 years of executive leadership experience in global finance and operations management in the technology and media sectors. Ms. Evan currently serves on the boards of Survey Monkey Inc., Domo Inc., Box, Inc. and Proofpoint, Inc. Ms. Evan also serves on the boards of several private technology companies. Ms. Evan has also served on the board of directors of Criteo S.A. from 2013 to 2017, Fusion-IO from 2011 to 2014, Everyday Health Inc. until it was acquired by Ziff Davis, LLC in December 2016, Fusion-IO, Inc., which was acquired by SanDisk in August 2014 and Omniture, Inc., until it was acquired by Adobe Systems Inc. in 2009. Ms. Evan holds a degree from the University of Santa Clara and is a Certified Public Accountant (inactive). 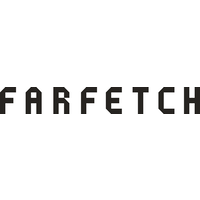