Mr. Thomson joined Finning International Inc. as President and Chief Executive Officer in June of 2013. Prior to joining Finning, Mr. Thomson was Chief Financial Officer of Talisman Energy Inc. from 2008 to 2013 and had responsibility for finance, tax, treasury, investor relations, marketing, business development and strategy, planning and performance management. Prior to Talisman, Mr. Thomson held several executive positions with Bell Canada Enterprises from 2003 to 2008 including Executive Vice President, Corporate Development. Prior to Bell, Mr. Thomson was a Vice President at Goldman Sachs. Mr. Thomson currently serves as a director of the Bank of Nova Scotia. Mr. Thomson formerly served as a director of Interfor Corporation. Mr. Thomson holds a Bachelor of Arts degree in Economics and Political Science from Queen’s University and a Master of Business Administration degree from the University of Chicago. Mr. Thomson is a member of the Safety, Environment & Social Responsibility Committee. 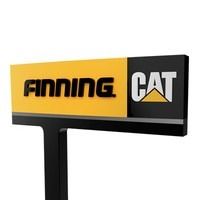