Ryan Petersen is the CEO & Founder of Flexport, the freight forwarder for modern logistics teams, which he started in April 2013. Prior to Flexport, he was the CEO & co-Founder of ImportGenius.com which is the largest provider of business intelligence for the global trade industry. Petersen studied Economics at the University of California, Berkeley where he graduated in 2002. 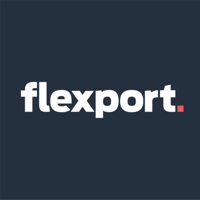