After receiving a Master’s degree in economics from the University Panthéon Sorbonne, Bert accrued more than 20 years of experience in the video game industry. He initially joined FHI in 2000 as a Sales Director, eventually rising to COO in 2018, and most recently to Deputy Chief Executive Officer. In addition to his extensive work with FHI, he also sits on the Boards of Directors of SELL (Syndicat des éditeurs de logiciels de Loisirs) and Capital Games.

Mr. Christophe Nobileau, Chairman of the Management Board said: "On behalf of all the Group's employees and the Management Board, I am delighted with this appointment, which recognises John's involvement and, above all, his successes at Focus Home Interactive. Through this appointment to this key position, we are demonstrating our willingness to pursue and accelerate the development of the Company, and thus take Focus Home Interactive to a new stage in its growth.”

Having published such titles as The Surge, Vampyr, Mudrunner, and A Plague Tale: Innocence, FHI’s vocation is to support leading international studios in the development, production monitoring, marketing, sales and financing of their projects. FHI generated €143 million in 2019/20, up 13% compared to the previous comparable period. FHI views Bert’s appointment as a necessary step in furthering their mission. 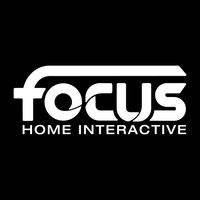