Dr. Howard Stern is an accomplished scientific leader working at the interface of research and clinical development with over 15 years of experience in the biotechnology industry. He is passionate about developing novel therapeutics targeting the fundamental molecular basis of diseases that have significant unmet medical need. Dr. Stern has published over 50 articles and contributed to drug development programs across varied therapeutic modalities including small molecules, antibodies, and engineered cellular therapies. With a focus on oncology and immunotherapy, Dr. Stern has characterized mechanisms of drug activity, resistance, and toxicity, thus informing future preclinical research and clinical development. Dr. Stern began his career as a Scientist/Pathologist at Genentech where he developed biomarker assays for programs targeting the ERBB family, PI3K pathway, and extrinsic apoptotic pathway. He also conducted preclinical research on trastuzumab resistance and genomic alterations in cancer. Dr. Stern then transitioned to a leadership position as head of Translational Science at Infinity Pharmaceuticals, where he directed biomarker teams for multiple small molecule drugs including the immunotherapy candidate IPI-549 and the FDA-approved drug duvelisib. Turning his attention to engineered cellular therapy, Dr. Stern joined Juno Therapeutics where he became Vice President of Translational Sciences. He managed teams responsible for translational sections of regulatory filings and for correlative studies of CAR T cell candidates such as liso-cel and JCARH125. Dr. Stern earned an M.D. and a Ph.D. in Biochemistry from the University of Washington and a BA in Chemistry from Pomona College. As part of his post-doctoral training, Dr. Stern completed a residency in Anatomic Pathology at Brigham and Women’s Hospital and a post-doctoral research fellowship in the Leonard Zon Lab at Boston Children’s Hospital. 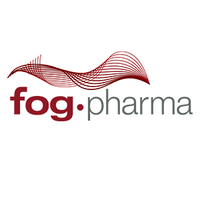