Four Seasons Hotel Philadelphia has named Charles Lasvigne as its new Hotel Manager. Mr. Lasvigne has worked around the world with Four Seasons hotels for the last 18 years, and will bring his passion for premium quality service to this rewarding role.

"Being recognized by Forbes Travel Guide as Philadelphia's first-and-only Five-Star hotel has been a key moment in my career. This accolade is one that not only elevates the Hotel, but also the City of Philadelphia as a whole," said Mr. Lasvigne. "I'm proud to serve the Hotel in the capacity of Hotel Manager, and work with the local community to further establish the city on the international stage."

Mr. Lasvigne has been the Hotel’s Food and Beverage Director since 2017, leading the division and assembling a team to open Jean-Georges Philadelphia, Vernick Fish, JG Sky High and Vernick Coffee Bar. He met his wife, Verena Lasvigne-Fox, while working together at Four Seasons Hotel George V in Paris, and along with their two children, the pair have worked for the group on assignments in Paris, Morocco and the Seychelles islands. 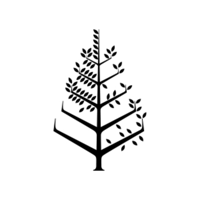