Viet D. Dinh is Chief Legal and Policy Officer for Fox Corporation, where he leads all legal, compliance, and regulatory matters, and also oversees government and public affairs. In addition, Mr. Dinh serves as a member of the Office of the Chairman. Mr. Dinh joined FOX in September 2018 and helped establish the company ahead of the March 2019 spin off of FOX by 21st Century Fox and the establishment of FOX as a standalone public company. Before joining FOX, Mr. Dinh was a partner at Kirkland & Ellis. He founded Bancroft PLLC, a leading Supreme Court and high-stakes litigation firm until it was acquired by Kirkland. He was a Georgetown University law professor for 20 years and U.S. Assistant Attorney General for Legal Policy from 2001 to 2003. He previously served on the Boards of Directors for 21st Century Fox, Revlon, LPL Financial, Scientific Games, and MacAndrews & Forbes Worldwide. Mr. Dinh is a graduate of Harvard College and Harvard Law School, and clerked for Judge Laurence Silberman and Justice Sandra Day O’Connor. 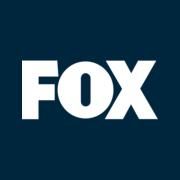