After starting his career in Private Equity, Steve joined Google in the Bay Area. During his time there, Steve was a founding member of the Accelerated Growth Team. He oversaw and managed the program’s growth as it quickly became one of the most successful programs at Google.

In 2016, following his time at Google, Steve joined Indeed to develop and scale their New Business program. During his tenure there, Steve’s team focused on implementing successful and financially sound hiring strategies for Indeed’s new customers. The team’s focus was to find long-term hiring solutions that allowed companies to hire the right talent using the right resources.

“The global labor market is at an inflection point right now, positioning itself for mass-hiring not seen in decades. The imbalances in the labor supply across the U.S. alone are staggering and have created a swell of demand for new ways of hiring. The old ways of paying for clicks on job posts are expensive and inefficient for both employers and jobseekers. The new ways will optimize for down-funnel performance and leverage automation to drive speed and ROI for employers. I look forward to partnering with Steve over the coming years as we equip talent departments with the modern technologies they need to stay competitive.” - Elliot O’Connor, Founder & CEO at Frontier.

Frontier is a next-generation hiring platform that enables talent teams to hire faster. 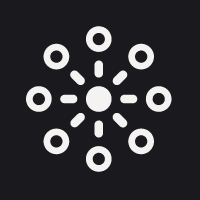