As CFO, Nardi leads all financial operations and strategy for fuboTV. He joins the live TV streaming platform as it prepares to uplist to a major stock exchange following its merger in April with FaceBank Group, Inc. Prior to fuboTV, Nardi served as SVP and CFO, international for Scripps Networks Interactive, the number one producer of lifestyle content around the world. In this role, Nardi was responsible for all finance and strategic planning for the company’s international business across Canada, Europe, the Middle East, Africa, Asia Pacific and Latin America. He played a key role in the transformational $2 billion acquisition and integration of TVN S.A., the leading media company in Poland, including its delisting from the Warsaw Stock Exchange and the refinancing of its $1 billion debt. In this role, Nardi was also responsible for leading the Company’s international program licensing business and coordinating branding, marketing, technical operations and digital outside of the U.S. He was also a member of the board of directors of Scripps’ joint ventures with the BBC in the UK and with Corus Entertainment in Canada. Previously, Nardi served as SVP and CFO for NBC Universal’s international channels and television production businesses where he helped build and grow the international TV production operation for NBC Universal, green-lighting and monetizing key franchises like Downton Abbey. Previously, he served as CFO of NBC Universal’s business development division in New York, where he assumed a lead role in launching Hulu. Nardi began his career with General Electric in Italy and the United States. 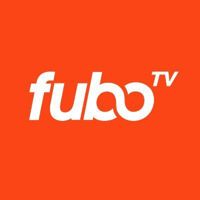