Robert (Bob) J. Fisher is member of the Board for Gap Inc. He has served in a variety of senior executive positions with the company including interim President and Chief Executive Officer in 2007; President of Gap brand (1997-1999); Chief Operating Officer, Gap Inc. (1995 – 1997); Chief Financial Officer, Gap Inc. (1993 – 1995); and President of Banana Republic (1989 – 1992). Additionally, Bob has been a member of Gap Inc.’s Board since 1990. Bob is the president of the Board for the San Francisco Museum of Modern Art. Additionally, from 2009 – 2019, Bob was a member of the Strategic Growth Council, which focuses on advancing sustainable communities that promote equity, strengthen the economy, and protect the environment for the State of California. Bob is currently a member of the Board of Trustees of Conservation International, where he serves on the Executive Committee. Additionally, he spent more than two decades on the Board of Trustees of the Natural Resources Defense Council. In 2010, Bob co-founded the Water Foundation, whose mission is to ensure integrated and sustainable improvements to water management throughout the American West. Bob attended Princeton University, where he received his B.A. in English Literature, and Stanford University Graduate School of Business, where he received an M.B.A. 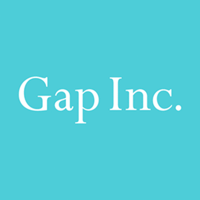