H. Lawrence (Larry) Culp, Jr., is the Chairman and Chief Executive Officer of GE. Larry is GE’s twelfth CEO and eleventh Chairman. He joined the GE Board of Directors in April 2018 and joined GE as CEO in October 2018. Prior to joining GE, Larry served as the President and CEO of Danaher Corporation from 2000 to 2014, and during his tenure the company increased both its revenues and its market capitalization five-fold. Investors and analysts consistently ranked him as one of the top CEOs in annual Institutional Investor surveys, and Harvard Business Review named Larry one of the Top 50 CEOs in the world. Larry joined Danaher in 1990 at Veeder-Root, becoming President in 1993. He was appointed Group Executive and Corporate Officer in 1995, with responsibility for Danaher’s Environmental and Electronic Test and Measurement platforms while also serving as President of Fluke and Fluke Networks. He was named Executive Vice President in 1999, Chief Operating Officer in 2001, and President and CEO in 2001. Larry is a member and the immediate past chair of the Board of Visitors and Governors of his alma mater, Washington College, and also serves on the Wake Forest University Board of Trustees. Previously, Larry was a Senior Lecturer at Harvard Business School, where he focused on leadership, strategy and general management in the MBA and executive education programs. A member of Phi Beta Kappa, Larry earned a B.A. in Economics from Washington College and an MBA from Harvard Business School. 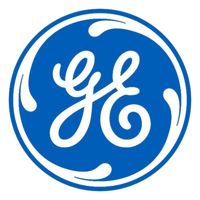