Julian Blissett is appointed General Motors Executive Vice President and President of GM China, effective April 2020. Based in Shanghai, he oversees all of GM’s operations in China. In his previous position of Senior Vice President, International Operations – leading GM’s global operations outside of the Americas and China – Blissett streamlined operations and refined GM’s global go-to-market strategies for GM’s International Operations, strengthening the foundation to turn around financial performance and sustain a customer-focused organization. Prior to Blissett’s role in GMI, he was Executive Vice President of SAIC General Motors (SAIC-GM), GM’s flagship joint venture in China, for five years since May 2014. SAIC-GM played a leading role in strengthening GM’s foothold and dealer networks as well as deploying the company’s diversified electrification solutions in China. A native of the United Kingdoms, Blissett began his career with GM in 1996, as Central Engineering manager for Opel Polska. Since then, he has held various management positions of increasing responsibilities in the U.K., China and GM International Operations markets. In 2006, Blissett started his first tenure at SAIC-GM, as deputy executive director of Manufacturing. In March 2010, he was appointed GMIO executive director of Manufacturing Engineering. Blissett became vice president of New Business Development and Alliances for GM International Operations in December 2011. Based in Shanghai, he supervised the growth of GM’s alliances and other partnerships across the region while exploring new business opportunities. Prior to joining GM, Blissett worked for Nissan Motor Manufacturing U.K. Ltd. for eight years in manufacturing engineering and production leadership in the U.K. and Japan. Blissett holds a bachelor’s degree in engineering and business studies from Sheffield Hallam University in the U.K. In 2019, Blissett received the Magnolia Gold Award from the Shanghai Municipal Government for his contributions to the economic and social development of Shanghai. 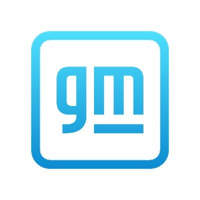