John C. Hellmann, President and Chief Executive Officer, joined the Company in January 2000 and served as Chief Financial Officer through April 2005. He was named President in May 2005 and Chief Executive Officer in June 2007. Previously, Mr. Hellmann worked in investment banking at Lehman Brothers, Inc., in the Emerging Communications Group, and at Schroder & Co. Inc., in the Transportation Group. He also worked for Weyerhaeuser Co. in Japan and the People’s Republic of China. Mr. Hellmann is a graduate of Princeton University and received an MBA from The Wharton School of the University of Pennsylvania and a master's degree in International Relations from Johns Hopkins School of Advanced International Studies. 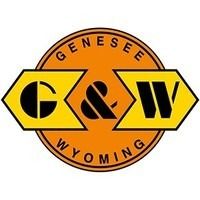