Graduated from the ESSCA (Ecole Supérieure des Sciences Commerciales d’Angers), from the Institute of Foreign Commerce and from the Management Control Institute, Xavier Guille des Buttes has spent his entire career in the pharmaceutical industry. He has held a large number of executive positions for more than 30 years, particularly in the French subsidiary of the German Group Schering AG, and most recently Chairman of the Management Board until June 2006. Member of GENFIT’s Supervisory Board since 2006, he was chairman from 2008 until he was appointed Vice-Chairman of the Board of Directors of GENFIT following a change in the mode of administration on June 16, 2017. In addition to his responsibilities at GENFIT, he also serves as director of several companies. He holds offices with Atlanta (a start-up based in Nantes), Delpharm Holding (pharmaceutical manufacturing), Hemarina, a start-up located in Morlaix and Medsenic (start-up based in Strasbourg). Xavier Guille Des Buttes also chairs the Foundation of the Catholic University of Lille and is a knight of the Legion of Honor. 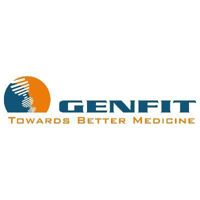