Craig Peters is Chief Executive Officer of Getty Images, leading over 1,700 employees as they strive toward their objective of being the world’s leading content licensing platform and in turn, steering the company towards its mission of moving the world with images. As CEO, Craig has overarching responsibility for the organization, and is also a member of Getty Images Board of Directors. Craig joined Getty Images in 2007 as Vice President of Footage, Music and Multimedia following the acquisition of WireImage, where he served as Senior Vice President of New Media and Strategic Development. During his tenure with Getty Images, Craig has worked across the organization in a variety of leadership roles, including Content, Product, Marketing, Technology and Business Development functions. Prior to Getty Images, Craig served key leadership roles in media and technology, for organizations such as FOX Sports Interactive, the PGA TOUR, Homestead.com (acquired by Intuit) and positions with A. T. Kearney and Eastman Kodak Company. In 2005 while at the PGA TOUR, Craig was awarded an Emmy by the National Television Academy for Outstanding Achievement in Advanced Media Technology for the Enhancement of Original Television Content. Craig holds an MBA from The Wharton School of Business and a BS in Finance from The Ohio State University. 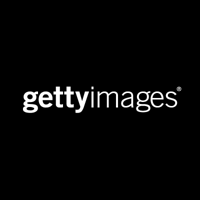