William D. Anderson has had a career as a business leader in Canada spanning over 30 years. Mr. Anderson joined the Bell Canada organization in 1992, where from 1998 to 2001, he served as Chief Financial Officer of BCE Inc., Canada’s largest telecommunications company. From 2001 to 2005, Mr. Anderson served as President of BCE Ventures, the strategic investment unit of BCE Inc. and, from 2001 to 2007, he was the Chairman and Chief Executive Officer of Bell Canada International Inc., a subsidiary of BCE Inc. formed to invest in telecommunications operations outside Canada. Prior to joining the Bell Canada organization, Mr. Anderson was in public practice for nearly twenty years with the accounting firm KPMG LLP, where he was a partner for eleven years. Mr. Anderson currently serves as Chair of the Board of Directors of Sun Life Financial Inc., an international financial services organization. He has previously served on the boards of directors of MDS Nordion inc., TransAlta Corp., Four Seasons Hotels Ltd., Sears Canada, Inc., BCE Emergis, Inc., and CGI Group, Inc. Mr. Anderson was educated at the University of Western Ontario and is a Fellow of the Institute of Chartered Accountants of Ontario and a Fellow of the Institute of Corporate Directors. 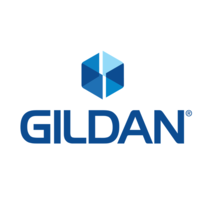