Mr. Kaizad Adi Hazari is the President & Global Head of Legal and Corporate Affairs at Glenmark Pharmaceuticals. In this role, he leads the Corporate Affairs, Legal and Intellectual Property functions globally. Mr. Hazari has over twenty five years of rich experience across industries. Prior to joining Glenmark, he was with HDFC Limited as the Chief Executive Officer for their new businesses. He has also worked with GlaxoSmithKline Pharmaceuticals Ltd (GSK) as Executive Vice President (South Asia) handling Legal and Corporate Affairs functions. In his last assignment at GSK, he was the Vice President & Associate General Counsel - Emerging Markets including the Middle East, North Africa and CIS regions as well as countries such as Turkey, Russia, Kenya and Nigeria. Mr. Hazari has earlier worked in companies such as Hindalco and Asian Paints. He holds a Master’s degree in law from Mumbai University. 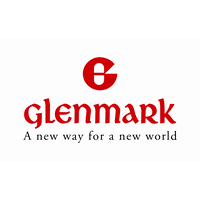