Derek Zissman was born in Birmingham, England, in 1944 and is a British citizen. Mr. Zissman is a chartered accountant and has over 45 years’ experience in the capital markets in the United Kingdom. He joined KPMG UK in 1971 and was promoted to partner within five years, a position he held for over 30 years, and was appointed vice chairman of KPMG UK in 2004. During his time at KPMG UK, Mr. Zissman was a founding Partner of KPMG UK’s Corporate Finance Group and the Private Equity Group in the United Kingdom and the United States. Following his retirement in March 2008, he has held directorships at Alchemy Partners, Barclays Wealth & Investment Management and Seymour Pierce. He is currently director at Crossroads Partners Ltd.. In addition, Mr. Zissman holds mandates in supervisory bodies of Amiad Water Systems Ltd (non-executive director), Sureserve Group plc (non-executive director) and 600 Group PLC (non-executive director and chairman of the audit committee). Against this background, HelloFresh SE considers Mr. Zissman to be an independent member of its Supervisory Board. Mr. Zissman was appointed for the first time as member of HelloFresh SE’s supervisory board on 1 November 2015. His current term of one year expires at the end of the Annual General Meeting 2020. 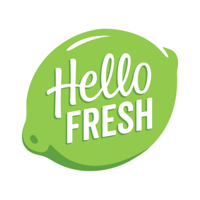