Mr. Stone has served as President and Chief Executive Officer and as a director of Hertz since May 2020. Mr. Stone previously served as Executive Vice President and Chief Retail Operations Officer North America of Hertz from March 2018 to May 2020. From November 2015 to December 2017, Mr. Stone served as the Chief Retail Officer at Cabela’s Inc., an outdoor outfitter retail company. Prior to joining Cabela’s Inc., Mr. Stone spent 28 years growing his career with Sam’s Club, a retail warehouse subsidiary of Walmart Inc., a multinational retail corporation. His most-recent position with Sam's Club was as Senior Vice President - West Division from 2007 to 2015, where he led operations upwards of 200 locations with more than 30,000 employees. 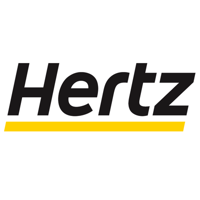