AnnaMaria DeSalva is the global Chairman and CEO of Hill+Knowlton Strategies. She is a business leader and corporate affairs expert known for creating step changes in growth and reputation at leading innovative companies and global communications services firms. Before joining H+K in June 2019, AnnaMaria served as Chief Communications Officer of E.I. du Pont de Nemours & Co. (DuPont) from 2014-2018, and subsequently as a senior advisor to Ed Breen, the CEO of DowDuPont, as he advanced the separation and launch of new independent public companies. During her tenure, AnnaMaria restructured the communications function, establishing new standards and protocols to reduce reputation risk and improve performance, while ensuring the company successfully navigated a series of special situations demanding highly sensitive and effective public strategies, including a proxy battle with an activist shareholder; a CEO transition; and the $130 billion merger of equals with Dow leading to the subsequent break-up and creation of three new industry-leading companies. Prior to her tenure at DuPont, AnnaMaria led corporate affairs for the innovative core of Pfizer, where she played a principal role in the integration of Pfizer’s $68 billion acquisition of Wyeth and the turnaround of R&D. Earlier, she served as the global practice leader of healthcare at Hill & Knowlton and GCI Group, both WPP companies, delivering significant revenue growth for each firm. At Bristol-Myers Squibb, DeSalva led international public affairs in oncology, working principally in Europe, and later became director of the Bristol-Myers Squibb Foundation. AnnaMaria currently serves as Vice Chairman of the board of directors of XPO Logistics (NYSE: XPO), a technology-driven, Fortune 200 global provider of transportation and supply chain solutions, and as a member of the Board of Governors of Argonne National Laboratory, a leading science and engineering center of the U.S. Department of Energy. 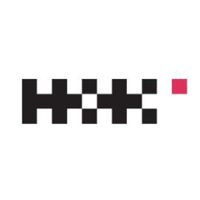