Larry Porcellato has been a Director of the Corporation since 2004, was elected Chairman in January 2019, and served as Lead Director from May 2017 through December 2018. From 2009 to July 2014, Mr. Porcellato was the Chief Executive Officer of The Homax Group, Inc. (Homax), a leading specialty application consumer products supplier to the home care and repair markets. Previously, from February 2007 to December 2008, he was an independent business consultant and, from 2002 to January 2007, he was the Chief Executive Officer of ICI Paints North America (ICI Paints). Mr. Porcellato is a director of OMNOVA Solutions, Inc., an innovator of emulsion polymers, specialty chemicals and decorative and functional surfaces, and a former director of privately held PSAV Holding LLC, an international, full-service technology in-house audiovisual provider. Mr. Porcellato brings to the Board chief executive officer experience in the building products industry through his former leadership of Homax and his former role as Chief Executive Officer of ICI Paints and financial expertise derived primarily from his service on the audit committee of another public company and previous finance and division leadership roles at other public companies. He also brings to the Board international and marketing expertise derived primarily from his service in various international and marketing roles at Rubbermaid Incorporated and Braun Canada Inc. and corporate governance experience through his service on the compensation and governance committees of another public company. 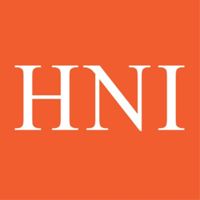