Andrew “Andy” Towne has been providing advisory and executive search services for over 25 years, and Co-Founded Hobbs & Towne, Inc. (“HTI”) as CEO in 1997. Andy pioneered Cleantech, Renewable Energy and Sustainability recruiting, building the largest category-focused firm in the world. The firm has evolved and diversified across a wide-range of categories, including Aerotech, AgTech, AI, AutoTech, Better for you Foods, BioTech, BlockChain, Building Controls, Cannabis, Connected Home, Cyber Security, Data Science, Drones, Fish Farming, IOT, Material Science, MedTech, Robotics and Smart Cities. Andy has become a recognized figure and has spoken at numerous conferences and investor summits over the years. He understands the responsibility for dealing with people’s professional and personal lives, as well as the importance of building real business partnerships, focused on strengthening investments and organizations. That intimacy has an enabled Andy to position HTI as one of the top North American Executive Search firms, as well to drive HTI’s burgeoning M&A Advisory Services practice. Andy has personally completed over 500 executive searches, including over 150 of the firm’s 300+ CEO searches. He has partnered with many of the premier investors around the world to build top-tier investment teams and leadership teams for transformative companies. Andy is the visionary leader of the firm, and personally performs Investment Professional searches and key leadership searches for companies, including CEO, Chairman, Board Director and other C-level assignments roles. Andy has developed a massive network with the most impactful investors, innovative technologists and market-changing executives, both within and on the periphery of the sectors. Andy drives a collaborative and aggressive execution process, where he is personally involved and utilizes his network throughout, to ensure a successful result. Prior to Hobbs & Towne, Andy was the top producer for a mid-sized technology executive search firm and also served as a Sales Manager for the Spectrum Arena in Philadelphia and in the front office for the Philadelphia Phillies Major League Baseball Club. Andy earned a Bachelor of Science from Rutgers University, where he received a full athletic and academic scholarship to play football for the Scarlet Knights. He and his wife, Shawn, have three children, Jessica, Andrew and Sophie. Andy sits on the Board of Trustees for Germantown Academy preparatory school, is a Board Observer for High Beauty and is an Advisor to MATI Natural Energy Drink and Gadget Software. 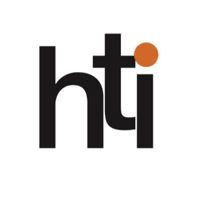