View in org chart
View in org chart
Jay Cross is President of The Howard Hughes Corporation, responsible for overseeing the company's acclaimed portfolio of master planned communities and mixed-use developments. With decades of experience in the real estate industry, as well as with professional sports franchises, he has been responsible for the execution of large-scale, mixed-use projects across North America which are proven catalysts for urban transformation and community development. Prior to joining The Howard Hughes Corporation, Mr. Cross served as President of Related Hudson Yards, leading the development efforts of Hudson Yards, the 28-acre megaproject on Manhattan's west side. Previously, as President of the New York Jets, he spearheaded the development of MetLife Stadium, executing an innovative joint venture between the Jets and the New York Giants to build and privately finance the $1.3 billion dual-team NFL stadium. Mr. Cross served as President of Business Operations for the NBA's Miami Heat where he led the development of the $213 million American Airlines Arena—creating a public-private partnership between the team and Miami Dade County, closing on an unprecedented Triple-A $185 million bond offering, and driving a pioneering development program that sparked a renaissance of downtown Miami and the birth of a new residential neighborhood. Prior to that, Mr. Cross developed Toronto’s Air Canada Centre—a $265 million innovative dual-sport complex which is home to the city's NBA and NHL franchises—through a complex rezoning of one of the finest arena sites in North America, in the heart of Toronto’s downtown. Mr. Cross has held senior positions with Markborough Properties where he was responsible for the company’s commercial and industrial portfolio, and with The Prudential Insurance Company of America's real estate investment operations. Mr. Cross has been a member of three Canadian Olympic Sailing Teams and has won ten World, North American, and National titles. Mr. Cross holds a Bachelor's degree in Nuclear Engineering from the University of Toronto and a Master's degree in Architectural Technology from Columbia University. 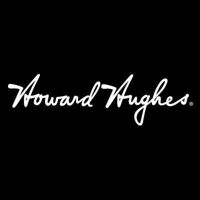