Athletes in particular are prone to dehydration due to increased perspiration, making Allen a seamless fit for the partnership. In addition to maximizing hydration both on and off the field and touting the product's benefits in national media campaigns, Allen is an investor in the brand, further illustrating his passion in the space.

"Proper hydration allows me to perform at my best, and I've felt a major difference since incorporating Hydrant into my routine." says Allen. "It hydrates me quickly and keeps me hydrated long after a tough workout in the gym or on the field. It's incredibly important for me to stay hydrated when working out, and Hydrant is the easiest way to achieve that."

Hydrant was created to offer enhanced, science-backed hydration and daily wellness products that make staying properly hydrated easier. Each packet of Hydrant contains a mix of vitamins, minerals and electrolytes, formulated to maximize daily water absorption, which in turn promotes an overall balance of mind and body.

"When I was working on the formula for Hydrant, athletes like Josh Allen were exactly who I had in mind as most-in-need," John Sherwin, Co-Founder and Oxford-educated Biologist, asserts. "As someone who spends the majority of his waking hours either playing or training and expending the water reserves his body has, hearing how Hydrant keeps his brain and body in the game is exactly what we've been looking for in an ambassador."'

Support from investors like Allen has played an integral role in recent brand growth. Just this month, the brand launched a SLEEP line, focusing on dehydration's critical role in sleep dysfunction. The new product line includes a combination of electrolytes to hydrate the body overnight and Melatonin, Magnesium, L-theanine, GABA, and Chamomile Extract to promote restorative sleep.

"Josh has been an invaluable partner to Hydrant so far," explains Jai Jung Kim, Co-Founder of Hydrant. "Josh's feedback and dedication to the brand has offered a third party validator from someone who's lifestyle positions him to frequently experience dehydration."

Hydrant plans to announce several additional partnerships with public figures in the athletic space throughout the year including celebrity trainers, fitness instructors, and more. Follow @drinkhydrant to stay up to date. 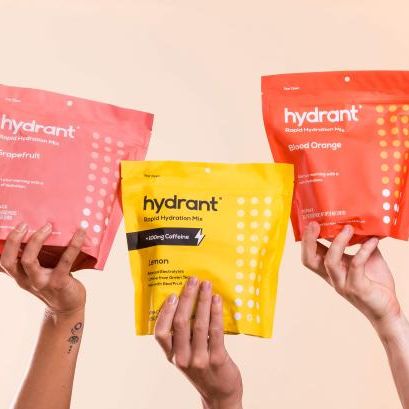