Lord Moynihan joined the Board and became non-executive Chairman in October 2012. In April 2018 he took the role of Executive Chairman. He also serves on the Safety and Technology Committee. Colin is also a director of Aquantis, Inc. and Ecomerit Technologies LLC, and is Chairman of Buckthorn Capital LLP and a principal of CMA Consultants. From July 2000 until October 2003 he was Executive Chairman and Chief Executive of Consort Resources Limited and from 2003 until 2007 he was Executive Chairman of Clipper Windpower Europe Limited. Colin was a Member of Parliament in the UK for 10 years serving as Minister for Energy from 1990 to 1992. He was the first Patron of the British Wind Energy Association and a member of the Royal Institute of International Affairs: Energy and Environment Programme Steering Committee. Colin stood down as Chairman of the British Olympic Association in 2012 after seven years during which he oversaw Team GB's successful performance in the Beijing and London Olympics. He was a Rowing Silver Medallist in the 1980 Olympic Games. 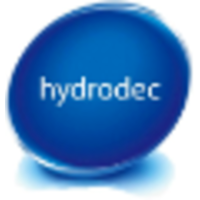