As Chief Executive Officer and Co-Founder, Peter drives the strategy and direction of Hyperscience. Prior to founding Hyperscience, Peter was a Director at SoundCloud where he led an engineering team that built audio fingerprinting, genre classification and audio recommendations based on audio analysis and user behavior. Peter was also founder and CTO of Instinctiv, a software start-up that provided audio content identification and predictive algorithmic recommendations for media content, which was acquired by SoundCloud in 2012. Before that, he built and sold SaySoSoft, which made scientific software that was used at every major research institution around the world. Peter graduated Magna Cum Laude from Cornell University. Peter lives in New York and enjoys spending time with his two daughters, Emma and Zara, and his fiancee, Ana. He is also fluent in a handful of languages and is an amateur sailor and commercial pilot. 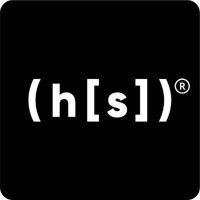