In a joint statement in which they also announced their 2020 NASA iTech Initiative Cycle II award, HyPoint announced that Gur Kimchi would be joining the organization as an advisor. Kimchi co-founded the Amazon Prime Air delivery-by-drone project in 2012, and led the organization for the following seven years. In August 2020, Amazon received a FAA Part 135 commercial airline certificate.

"We're honored and humbled that NASA — the agency whose tireless work over the past 60-plus years has inspired the hearts and minds of billions of people and led to some of humanity's most important scientific discoveries — has selected HyPoint as a company that shows innovation and promise," said Dr. Alex Ivanenko, founder and CEO of HyPoint. "We are similarly excited that Gur Kimchi, whose work in AI, robotics, and aerospace is well-respected, will lend his expertise to several areas of our technology, certification, and go-to-market strategy. HyPoint will benefit from access to some of the world's most experienced leaders in their respective field and will be well-positioned to deliver the next generation of hydrogen fuel cells to market."

Prior to Amazon Prime Air, Kimchi had spent a decade with Microsoft, where he was integral in developing key technologies — Virtual Earth and Bing Maps among them. Kimchi is also a founding member of the FAA Drone Advisory Committee, and has worked extensively with a host of regulatory bodies to enable the safe integration of drones into the airspace around the world.

"When manufactured appropriately, hydrogen is an abundant zero-carbon fuel, and hydrogen fuel cell technology has been successfully operationalized with high technical readiness levels (TRLs) for many years. Unfortunately, most fuel cell systems today have not been designed for the unique requirements and exotic environment required to enable efficient aerospace applications. The HyPoint team invented and is now engineering a new category of aerospace-specific fuel-cell technology that can power conventional, STOL, and VTOL applications, as evidenced in part by its recognition by NASA," said Kimchi. "I'm excited to collaborate with the team at HyPoint, and I look forward to seeing this unique technology enable novel and environmentally responsible aerospace configurations and applications." 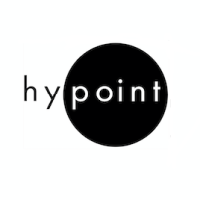